This L.P. record of the fabulous Marlene Dietrich Opening Night at the Café de Paris, London is designed to give to its listeners all over the world wherever it is played the illusion that they are actuallypart of the audience present on the memorable occasion.

In order to make this impression complete, we have tried to re-create the picture in front of your eyes by quoting our noted critics, i.e.: --

“The Venus in furs, with black leather in her voice, over whom applause broke like a cloud-burst over the sphinx. She was energy and discipline. Life with its hands on its hips and its chin looking for a right hook. Yet soft withall as yielding as quick-sand and as perilous. London has never suffered at the hands of so compassionate a murdress. May we rest in peace.”
Kenneth Tynan

“Slithering down the famous stairs like a glacier glinting in the sunlight came a fantasy in white furs and rhinestones that kissed Mr. Coward, wrapped itself round the microphone and turned out to be Miss Dietrich. She was wearing a dress that could only be described as a masterpiece of illusion. It was transparent enough to make you think you were seeing everything and opaque enough to make you realise you were seeing nothing. Houdini must have designed it.”
Milton Shulman—Evening Standard

“For forty minutes she held us in sheer rapture. Through ‘La Vie Em Rose’ and the more strident ‘Boys in the Back-Room’ to the deep-throated insinuation of ‘Look Me Over Closely’ on to ‘I’m  the Laziest Girl in Town’  (during which she sensuously embraced the microphone) and finally inevitably to the ‘Falling in Love Again’  from ‘The Blue Angel’. At the end of each number she allowed her fur to slip from her shoulders, bowed very low and then swept to the sideof the stage and leant back on the balustrade of the staircase, head up, her body tende, toallow the applause to wash over her like a wave. Cheers and cries of ‘Encore’ followed her up the staircase when she made her last exit. A perfect artiste, she left when she still seemed to have far more to give, and when we, her audience, deliriously, exhausted, still longed for more. She stopped for a moment at the top of the staircase, the fur wrap discared, all defences down, looking very young and very happy as she savoured the crescendo of applause. Then she was gone. Only the magic remained.”

“Incredible Marlene young, beautiful and heady as the best champagne in her dress of rhinestones and imagination, while furs and diamonds. There she stood last night on the famous steps Café de Paris, cool and sureof herself while the customers stood 10 deep without supper to see her. In her case the purr of sacred cat is more lovely thanthe voice of the spheres.”
Elizabeth Franks—News Chronicle

“In the early hours looking as starry-eyed as a midsummer night (and just col) Marlene Dietrich demonstrated that she is one of the brightest stars in the firmament. Wearing a fantastic white dress designed to conceal anything that was revealing, she sang ‘Falling in Love Again’ in the voice like opium smoke that brought her fame and fortune. Vibrating inside her glittering gown, she really let go and the boys from the back-room raised the roof to cheer her.”
Macdonald Hastings—Daily Sketch

She seems happy in a sacred way. Is that smile for you, or simply for herself? That extraordinary dress, apparently transparent, actually opaque, mesmerizes. At last the coat comes off altogether and then suddenly without your knowing, she is at the top of the staircase and gone. Real? Or total illusion?”
Derek Monsey—New Statesman & Nation

Her first appearance in London was introduced by the one and only Noël Coward who wrote the special tribute here on this recording. He was followed on each successive night by a number of top British stars: Alec Guiness, Robert Morley, Michael Redgrave, Paul Schofield and Richard Todd just to name a few. This tribute to Miss Dietrich is unprecedented in the history of world entertainment.

The excitment and charm of the Dietrich voice and the reaction of her audience is faithfully captured on this recording. The recording and those notes are designed to give you the illusion that you ar actually part of the audience present on this memorable occasion.

In order to make this impression complete, we have tried to recreated the picture in front of your eyes by quoting the London critcs and by reproducing quatations, about Miss Dietrich by some of the world's leading authors.

She is brave, beautiful, loyal, kind and generous. She is never boring and is as lovely, looking in the morning in a G.I. shirt, pants and combat boots, as she is at night or on the screen. She has an honesty and a comic tragic sense of life that never let her be truly happy unless she loves. When she loves she can joke about it; but it is gallows humor.

If she had nothing more than her voice she could break your heart with it. But she has that beautiful body and that timeless loveliness of her face. It makes no diference how she breaks your heart if she is there to mend it. She cannot be cruel nor unjust but she can be angry and fools bore her and she shows it unless the fool is in bad trouble. Anyone who is in serious enough trouble has her sympathy.

Marlene makes her own rulesin this life but the standards of conduct and of decency in human relationships that she imposes on herself are no less strict than the original ten.That was probably what makes her mysterious: that anyone so beautiful and talented and able to do what she wants should only do what she believes to be absoluttely right andto have had the intelligence and the courage to make the rules she follows. She loves writting and is an intelligent and scrupulous critic and the happiest time I have is when written something that I am sure is good and she reads it and likes it. Since she knows about the things I write about which are people, country, life and death and the problems of honor and conduct, I value her opinion more than that of many critcs. Since she knows about love, and knows that it is a thing which exist or does not exist, I value her opinion more than that of the professors.

For I think she knows more about love than anyone, I know that every time I have seen Marlene Dietrich ever, she has done something to my heart and make me happy. If this makes her mysterious then it is a fine mystery. It is a mystery we have known about for a long time. 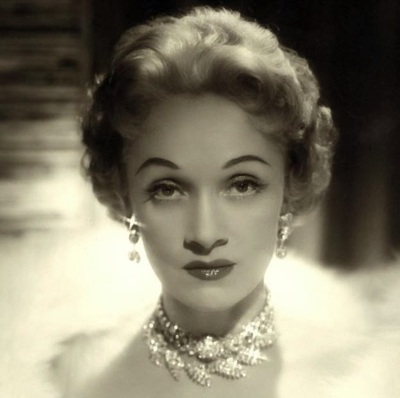 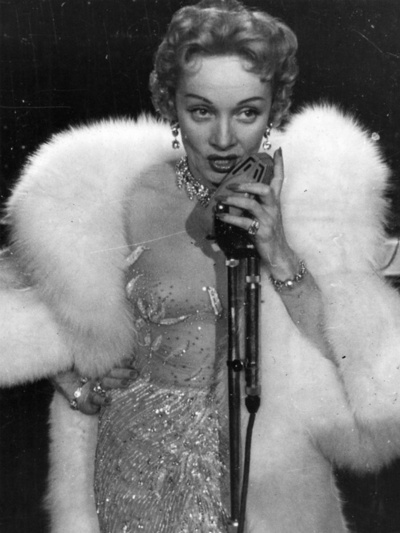 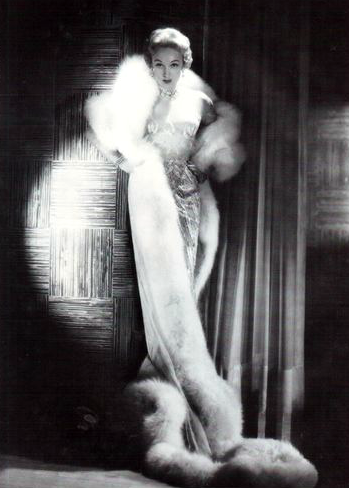 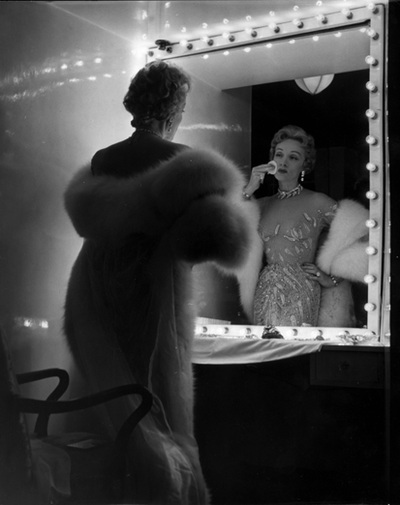 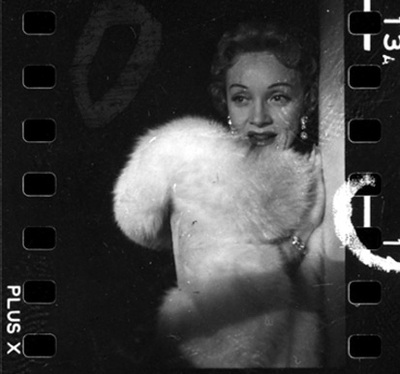 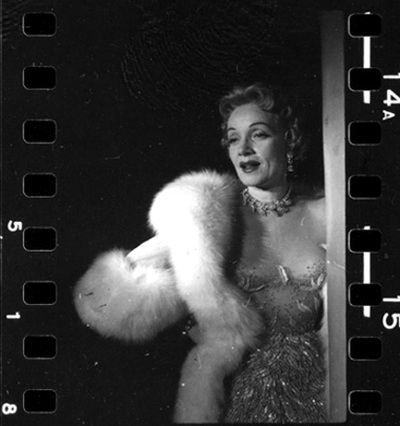 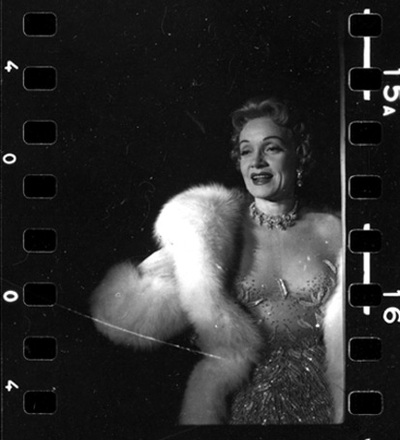 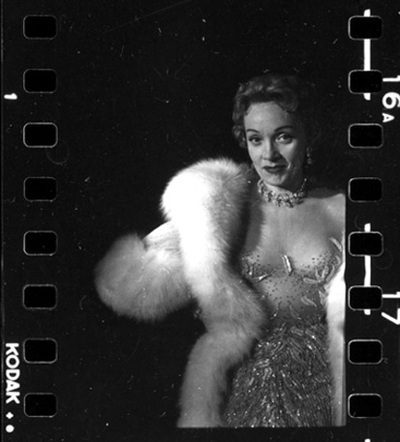